A Remedy for Shadows, Eroding Foundations, and General Madness 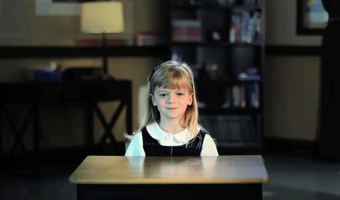 Anybody else out there think the world has gone mad, or is it just me? Every time I turn around some new (perceived) catastrophe has just unfolded, or some attention-starved person has just done something to separate himself even further from orthodox humanity. All the while, the spectators of these happenings are yelling, “Unprecedented, unprecedented!” Don’t these people know their history? Well no, in fact, they don’t know their history. If they did, they would know that hardly anything is really unprecedented.

This disconnectedness from our history has a way of casting shadows on society and eroding the foundations of humanity. The more disconnected we are, the faster the foundations erode. One may certainly wonder along with the psalmist, “When the foundations are destroyed, what can the righteous do?” (Psalms 11:3). Well, put your trust in God is the answer, of course, and we see that in Scripture, almost as if the next generation is answering the rhetorical question of the previous, “When the whirlwind passes by, the wicked is no more, but the righteous has an everlasting foundation” (Prov 10:25). Hope is one of the great Christian virtues. As Christians we place our hope in the resurrected and ascended Christ—that is our everlasting foundation. We are secure. But then we still have a world to run, and it is still a world full of unbelievers, and in some very practical ways the shadows are growing darker and the foundations of humanity are still eroding before our very eyes. The madness continues.

That brings us back to history. It seems as though now more than ever our society has little understanding of what happened even 100 years ago, let alone 200 or 500 or 2,000 years ago. That’s why we make the same mistakes over and over and think everything that happens is unprecedented. Senator Ben Sasse of Nebraska stood on the floor of the United States Senate last week and gave a civics lesson to his colleagues. He explained to them exactly what each branch of government is supposed to do according to the U.S. Constitution. Why should that be necessary? Because they go about their day-to-day business in the Senate as if they don’t know what each branch of our government is supposed to do. The electorate has not held the Senate (or any other elected officials) accountable because by and large the electorate does not know what each branch of our government is responsible for.

The remedy for this madness, for this disconnect with history, is a good education, but that is hard to come by these days.

Education has become the thing that ultimately enables us to buy stuff when we become adults; therefore, classes such as history and literature and theology and philosophy—which reportedly have no direct correlation to helping people make money—have been cut to make way for classes that give students a head start on their college admissions, which is an important step toward the high paying careers that will enable them to buy stuff, making them good and faithful cogs in the economic machine. Our own distractedness from too much contributing to the economy has caused us to miss the looming shadow of self-destruction hanging over us. Our obsession with perpetuating the economic machine by acquiring stuff, along with our ignorance of our own identity, contribute to the erosion of the foundations of humanity.

If you agree that the world has gone mad, take matters into your own hands: give your child a good classical Christian education. Classical has, for the most part, resisted the temptation to become an enabler for the career fast trackers, which means we’re still taking the time to steep students in history, literature, philosophy, and theology. In other words, classically trained students are getting a real education, one that enables them to participate in humanity in ways that contribute to the stability and betterment of the foundations of human society, not just leach off of them. Classically trained students can hold elected officials accountable to the Constitution, avoid financial crises, identify the Hitlers of the world before they wreak havoc, and generously love their neighbors. Classical Christian education is education for the whole human: heart, soul, mind, and body. It is the education of the philosophers, the Church Fathers, and the Founding Fathers. It is an education that allows people to go on the offense in a mad world, to pollute the shadows that threaten not only to destroy our republic here in the U.S., but also to erode the foundations of humanity globally. Come tour our schools, observe our classrooms, experience for yourself what classical Christian education is doing to repair the foundations.