Alumni and the Church 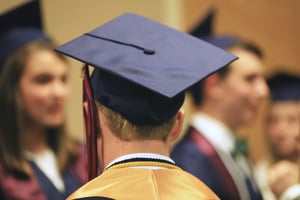 For years now there has been a constant stampeding noise in American churches—the sound of most of its youth running for the exit. Over the past few decades the church’s acknowledgement of this exodus has run the normal trajectory of such affairs: from being something everyone knows about but is ignoring, to being something the church is confessing like a first-timer at an AA meeting, to finally being something so widely known that the Barna Group published a book about it and whole youth pastor conferences are now built around it.

The exodus has exacted no small wound on the faith in the United States. A few years back Barna reported that “nearly three out of every five young Christians (59%) disconnect either permanently or for an extended period of time from church life after age 15.” If children are our future, as people are so fond of saying, the American church’s future may not look too bright from this angle.

There is more to the issue, of course, than my short, bleak introduction reveals, and I know good pastors everywhere are informed about the situation and are working hard to overcome it in their own churches. I mention it here because I want to use it as a contrast to what we have seen happening with Trinitas alumni.

When we surveyed our alumni last summer, about 90% of them reported still being connected to a local church—wherever “local” is for them nowadays.

While we are not content with less than 100%, the 90% of Trinitas alums who are still connected is considerably more than the 41% Barna reports for the church at large. When we consider that alongside the fact that most of our alumni go to secular colleges and universities when they leave here, it makes us all the more thankful. God has been so good to the Trinitas family. We have together (the family, the church, and the school) equipped these young people with a firm foundation so that they can stand firm in this dark world.

Another interesting statistic that came out of the survey is that most of our alumni, looking back on what they wanted out of their time at Trinitas, ranked an emphasis on spiritual things as their highest priority. I would venture that this is not a common attitude among teenagers and pre-teens, yet Trinitas alumni said it was more important to them than relationships with friends and faculty, academic success, and even extracurricular opportunities. They also agreed it was the area Trinitas most delivered in.

God is sovereign, and His will can’t be thwarted, regardless of our plans and schemes. When our will aligns with His will, His promises are fulfilled in us. When the family, the church, and the school are training, preaching, and teaching the same message, our young people don’t leave the faith. We have witnessed this promise fulfilled first hand in the Trinitas family. God is good! Praise be to God!