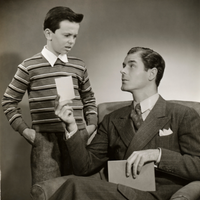 Specifically, grade scales separated students, in a kind of wheat and chaff scenario, recognizing the students who might most excel by assigning them a numerical value. But after fifty years, what was the most measurable product of this system? Grade inflation. Between 1991 and 2003, grade inflation rose at a rate of slightly over 12%.[1] This means that students scoring a 21 on the ACT went from possessing a grade point average of 2.9 in 1991 to a GPA of 3.15 in 2003. In other words, the standardized test utilized by colleges to measure incoming students showed that grade point averages were on the rise though test scores did not correspond. Public schools have long recognized that the grades on report cards do not reflect the actual knowledge of the student.[2] As a result, some public schools have been trying to revert to the older system which recognizes mastery, but parental buy-in in these schools remains low.[3] As a result, schools often revert to the “easier”A–F system. Some public schools still employed the mastery approach in elementary schools even up until the mid–1990s but began shifting towards the A–F system as pressure on standardized testing increased.[4] The result has not been positive in the secular realm, and ACCS schools are unlikely to avoid these same outcomes.

Why would parents reject the move away from grades in these public–school settings? By removing the letter grade and referring to the mastery of concepts, parents are concerned that recognizing their child’s progress will be harder. And for many, having a numerical grade to look at makes it easier to be comfortable with the arrangement, wherein parents are not the ones doing the daily educating. There is no effortless way to mitigate this concern; it is something that must be managed with time. Parents, students, and teachers must be in community with one another to overcome this perception.

But we must also note that the A–F system is not the solution.

First, we must do away with the notion that the A–F system is objective; if it were, inflation could not be so easily measured. A percentage system creates the perception that grades adhere to a standard that does not change, but again, grade inflation deflates this idea. Is the grading process arbitrary? In some ways, yes. This is unavoidable and understandable. Why? Because parents are also arbitrary! The term arbitrary comes to us directly from the Latin arbiter, describing eyewitnesses to events, as well as specifically indicating in legal settings “he who hears and decides a case, a judge.” This is not a bad term. It means that parents and teachers must make judgments and must act as eyewitnesses to the labor of the student. This is easiest to understand when we consider aspects we don’t like. “Spelling is a problem for my child. The problem must lie with the way my school grades.” Perhaps. But that does not seem the most logical explanation.

I want to be clear here: this is not a condemnation of parents.

Who doesn’t want to know that their child is “100% good” at spelling? Most parents will probably cringe at the idea of a child who is even “92% good” at spelling. Why? Because they are the arbiters of their own children. So, what I want to condemn is this: the concept that the A–F grading scale is conducive to the proper formation of hearts and minds. Classical Christian schools share similar aims, but I will lean on the stated goal of Trinitas to drive this point home: our goal is “to equip students to a life of moral and spiritual integrity, personal and social responsibility, and a zeal to know and serve a Holy God.” What grade could ever adequately measure this? This if, of course, the point. The A–F approach to grades communicates the wrong things to students. It teaches them that all that matters is achieving the right numerical marker. This leads to the faulty conclusion that all students ought to achieve the same “letter” or be considered a “failure.” Does a person who witnesses to the unbelieving need to earn an “A” to be a success?

“But schools have to measure a student’s progress!” This is true, and even more, it is a good thing. The solution, like much in the classical Christian world, lies in the past. We need a different way of talking about grades, about student progress. And so, this becomes a question of language. The language of mastery is a better tool than the language of “grades” to bring students toward a sharper recognition of what it means to know and serve a Holy God. As G. K. Chesterton reminds us in The Ball and the Cross, words “are the only things worth fighting about.” And it is this concept I want to explore next week.