For Just Such a Time as This 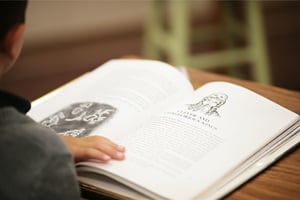 In my years associated with classical Christian education—as a parent, donor, school board member, teacher, and headmaster—I have had my share of conversations with folks who want to know why the standards for Christian character and academic diligence are so high, why our students read theology and philosophy and history and literature authored by people who have been dead for 1,000 years or more, and why we focus so intently on writing and speaking and debating. One good answer to such questions is that we do these things in classical Christian education in order to prepare students for just such a time as this.

We have now entered a period of history in our nation wherein we are reaping in spades the seeds we have collectively sown over the past 100 years in education. For a long time now, we have expected and then rewarded an ever declining work ethic in students. We have been quick to back off our expectations when students have judged them too high. We have compromised on our grading scale when not enough students have made A’s. We have lowered the bar again and again until our students are no longer the best educated in the world, and far from it in fact.

One measure that gives us a quick point of reference is SAT scores. For 2020 the United States ranks 26th in the world in SAT scores behind countries like Poland—no joke. But those test scores definitely do not tell the whole story. The only students taking the SAT or ACT are those students who plan on attending college. For every student who takes the SAT in the United States, there are a few who do not. These are most often students who struggle even with basic reading, writing, and arithmetic. (If it sounds like I am saying our students are less capable than they used to be, forgive me; I am not saying that. We adults are to blame.)

The result of all this is a poorly educated populace. So what? we might ask. If people want to be educated, they can find a good education, right? You only need a good education if you plan to do a specific kind of job that requires it, like attorney or accountant or doctor, right? Wrong. This is one of the dangers of our coming to view all education as job training—which we overwhelmingly do in this country.

Furthermore, uneducated people are ever at risk of falling prey to cheap rhetoric, propaganda, and lies. All of which can lead an ignorant electorate to elevate evil men to office. In 1947, scholar, author, and playwright Dorothy Sayers wrote an essay about classical education entitled “The Lost Tools of Learning.” One of her reasons for proposing a return to classical Christian education in the United Kingdom at the time was just what I am talking about here—a fool will fall for anything. In the essay, Sayers lamented, “Has it ever struck you as odd, or unfortunate, that today, when the proportion of literacy throughout Western Europe is higher than it has ever been, people should have become susceptible to the influence of advertisement and mass propaganda to an extent hitherto unheard of and unimagined?” That was seventy-three years ago. If Sayers could see the United States now, one can guess her sense of alarm would reach new heights.

Education is important to the continuation (not sure that is the word I want) of responsible government in any nation. The founders of this nation were largely classically educated. They set up a republic for us that so far has been arguably the best human government yet. They planned a government that would endure the change of time, but I am not sure they gave us a government that can withstand a willfully ignorant electorate. When asked after the Constitutional Convention what they had given us. Benjamin Franklin is reported to have said, “A republic if you can keep it.” If we are going to keep it, we had better get busy giving our children a real education and not only vocational training.

So, why do we take Christian character and academic diligence so seriously in classical Christian schools? At Trinitas? Why do we read old dead guys and discuss ideas that have persisted since the dawn of Creation? For just such a time as this? It is time, people.