How to Rule a Kingdom 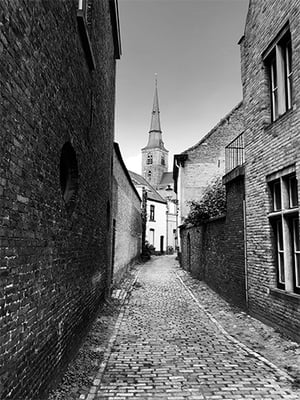 This is the story of a fantastical social experiment. It all began with two young men, Johann and Ned. Johann was brought up in a royal palace and Ned in a lawless slum. Johann was cared for from his birth by a loving family. He was taught from an early age that he would someday rule the kingdom. In preparation for his rule, Johann was given an education that went beyond training for an occupation. He learned to paint, to sing, to play the violin. He read the Greek philosophers and studied geometry and calculus. He learned to speak and write well and to debate important issues. Johann learned etiquette, that is, he learned how to treat other people in a way that dignified their humanity and made them feel loved and respected. He was held to a high standard of character and integrity. His conduct was expected to be honorable, a model for others to aspire to, and it was.

Ned had a very different upbringing. He rarely saw his parents and was instead raised almost entirely by a surrogate who taught him how to get along in the slum. The unspoken rule of the slum was that every man should look out for himself, and if in pursuing his own interest he had to harm others, then so be it. Ned’s education consisted of training in a useful occupation. Beauty, such as exists in music, art, dance, and theater was considered a waste of time that might otherwise be spent acquiring skills for an occupation. Ned knew such arithmetic as was useful to his occupation. He never read literature or philosophy; in fact, Ned only read that which was necessary for his occupation, which consisted mostly of spreadsheets and the occasional instruction manual. When Ned looked up at the night sky, he was clueless as to what he saw there. Ned was never held to a high standard of conduct and was taught no manners at all. When he was not training for his trade Ned played Etintrof with his companions. For Etintrof was the most popular game at that time, and the men who lived near Ned in the slum would sometimes play all night, even if they had to work the next day. Ned dreamed of a way to become wealthy playing Etintrof.

Then one day, an evil university professor came around. He was a professor of sociology, and he had a government grant to study the education and upbringing of young people to determine the best way to enslave free people without subduing them through war. His first step in this experiment was to kidnap Johann and Ned and switch places between them. That’s right, the professor placed Ned in the palace and Johann in the slum.

When Ned arrived in the palace, his first act was to burn all of the books and musical instruments in the town boiler to make steam to run the electricity factory. He had no use for the books or instruments but needed the extra electricity to power the twenty foot screen he had installed in the palace for playing Etintrof all day and night. When he realized how much time his subjects were wasting on reading and playing music and singing and dancing, he outlawed those things and trained the people for useful work to occupy most of their time. He soon realized that some of the people lived in grand houses while others owned modest homes. In the slum such inequity had not existed. There everyone lived in a similar shack. Ned solved this inequity by bulldozing all of the homes in the kingdom and replacing them with very gray, very square dwellings, each with a flat roof, one window, and one door. That way all the people would be the same and no one would be considered higher or lower than his neighbors. Ned declared Etintrof the official kingdom sport and created leagues wherein a handful of the best players soon became wealthy because of their skill at the game. As the people toiled at their occupations and returned to their gray, square homes each evening to watch the professionals play Etintrof on TV, they forgot about beauty and honor and high moral character. The highest life they could imagine was becoming a professional Etintrof player.

Johann also set about making changes when he found himself in a slum. He started by teaching the children of the slum to make music and art. When they could sing and play instruments, he taught them to dance. Each night he would meet them at the edge of town and tell them all about the planets and stars they saw in the night sky. He taught them to work diligently, efficiently, and in cooperation with each other so they could finish their chores and have time left to read great stories and even the philosophers of old. Parents marveled at the change in their children who had before been wretched but were now very pleasant to be around and had furthermore become productive members of the community. In time, the parents also began to change. They asked Johann to teach them to sing and dance and understand the night sky, to build beautiful buildings to replace their hovels. So great became the people’s desire for this new way of life that out of the slum, a beautiful city arose. Johann became ruler of a beautiful kingdom where once a slum had stood.

Ned’s lack of imagination finally caught up with him. His people grew weary of Etintrof and began to long for beauty, honor among men, and meaningful work. They revolted, overthrew Ned, and established a great republic where once Ned’s grey commune had stood.

Moral: The depth of the human soul cannot be satisfied with preoccupation; it longs to know itself aright. Educate it aright.