Lonely in a Crowd: Smartphones, the Internet, and Isolation 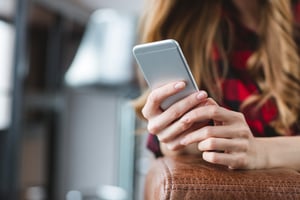 “A man who isolates himself seeks his own desire; he rages against all wise judgment” (Proverbs 18:1).

I know a teenage girl who spends many hours a day on her smartphone playing games and posting on social media (and who knows what else). While the rest of her family engages in other recreational activities, mostly outdoors, she is content to and is allowed to spend her time with her phone. When she is forced to come out of her bedroom, at mealtime for example, she is sometimes sullen and often awkward in interactions with her family. Her contributions to the conversation are usually one sentence statements that are disconnected from the topic of conversation and seemingly meant to draw attention to herself—like an Instagram post. Even when the family detours from the original topic of conversation to engage her comments, this girl rarely has more to add, and her next entry will be as disconnected from the last one as it was from the family’s original conversation topic. It seems as if her time isolated with her phone has undermined her ability to communicate with other people in person.

In her latest book, iGen, Jean M. Twenge, PhD, writes about the generation that begins in the mid-nineties and has never known a world without the internet and cell phones. She calls them iGen’ers and expounds on how different their views are from those of other generations. As for electronic communication versus the real thing, she writes:

“As social media and texting replace other recreational activities and ways of communicating, iGen’ers spend less time with their friends and loved ones in person—which perhaps explains why they are experiencing unprecedented levels of anxiety, depression, and loneliness” (Twenge, jacket).

Loneliness? With such a huge group of people using social media platforms and commenting on each other’s posts, how could one be lonely?

One of the paradoxes of the smartphone and social media craze consuming our children is the fact that they can be electronically connected to so many people and at the same time so utterly alone. An online community, while inhabited by real people (mostly), does not always exhibit the same human qualities and characteristics as real flesh and blood communities. One reason for the difference is the layer of technology and space between members of an online community. If one person does not have to look another in the eye and then deal with the awkward tension caused by his words or actions because he is interacting electronically, he feels freer to say or do things he might not otherwise ever do in person. Such freedom is often out of the norm for human behavior and creates a community (online) wherein real humans (mostly) are interacting with each other in a way that is not always human. The result: in spite of the large crowds gathered on social media platforms, those participating get very little of the satisfaction that comes from interacting with real people face-to-face in the flesh.

I don’t have all the answers to that question, but I suggest it has something to do with lack of human accountability. The girl I described at the beginning of this post has isolated herself, and she has parents who are disengaged. They do not know what is going on in their daughter’s life. They do not know who she is interacting with on her phone and they don’t know what she is imbibing on the internet. In fact, a recent study shows that she is in the majority because as many as 71% of teens are hiding their online behavior from their parents. And that stands to reason when 90% of boys and 60% of teenage girls report being exposed to pornography (even child pornography) by the age of eighteen—most of that via the internet and their smartphones. No wonder they’re hiding their online behavior. No wonder they’re anxious and depressed.

If your teenager has a smartphone with internet access, I want to encourage you to be an engaged parent. Protect your child not only from pornography but also from isolation and loneliness. Limit his or her screen time and consider allowing no screens in the bedroom—ever. Talk to your child about the dangers associated with too much screen time, about the dangers associated with the freedoms the internet offers. Consider installing software such as Covenant Eyes or Net Nanny or others to help safeguard your child against seeing something he or she will never be able to forget. Most importantly, be an engaged parent. Be a constant, appropriate presence in your child’s life. It is easy to say that today’s teenagers are just this way or that way as if we parents are helpless against the circumstances, but that is not entirely true. Parenting teenagers in the era of smartphones—parenting iGen’ers, if you will—may be different from parenting Millennials, but it is still parenting, and we will still answer to God for how we do it. Engage.