Math and the Classical Student, Part I 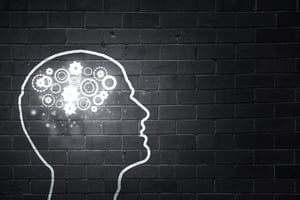 For about a decade now in the education world, stem has been the most frequently uttered word by politicians, bureaucrats, curriculum marketers, administrators, and teachers. Not “stem” as in the stem of a flower, but “STEM” as in the acronym for Science, Technology, Engineering, and Math. Students are being pushed to pursue those fields for several reasons, not the least of which is that the job market is good in those broad categories. Even though the job outlook is good in those fields, US students are lagging dismally behind students from some other nations in math and science proficiency, a fact that translates directly into economic terms on a global scale, which is another reason educators are emphasizing STEM in recent years and targeting it as an area of focus in K-12 education. The bottom line, though, is that our national deficiency in math and science is more than that: it is a deficiency in education. Math and science are merely symptoms of that much larger problem, and they are front and center these days for the aforementioned reasons.

This dearth of education is exactly why there has been resurgence in classical methods in the US these past thirty years. Classical education is a complete education that equips students with the tools of learning. Classically educated students have a substantially broad foundation. Their education is complete in that they will have a good understanding of a broad variety of topics; but more than that, they will have acquired some very important tools of learning. So if their classical education has been properly explained to them along the way, students will know how to approach new and unknown topics, how to break them down to their grammar, logic, and rhetoric, and how to learn them quickly with minimal help.

In the classical education world, specifically, “STEM” has not been the mantra, and for that intentional omission classical schools are sometimes criticized. At Trinitas I have heard a parent say that the reading and writing is great, but they wish the math were better. When we completed a survey of our alumni last summer, we didn’t ask specifically about math, but we did ask if alumni found themselves prepared for college when they got there. 92% responded that they were prepared for college. Our goal is to see that number at 100%, but we’ll take 92% as a good start. More to the point, though, four of the alumni who did not feel adequately prepared for college mentioned math specifically as a deficiency. Two of those had entered engineering; the other two did not mention what fields they had entered.

I am thankful to have this feedback from our alumni because it helps us identify areas in which we can improve. It also helps us shed light on our need to communicate better to our students about the classical education they are receiving and how to leverage it for future learning. Based on the responses from the two alumni who went into engineering and said they started out behind their peers in math, we have not always done a good job of teaching Trinitas students the value of not only the content of their education, but also the methods through which they get it.

Next week, I will explain why alumni from any classical school might start an engineering program behind in math. I will also address where classical students in general and Trinitas students in particular score in math in relation to students who receive a modern STEM focused education.