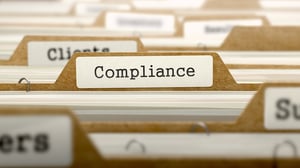 An early look in Newsweek at a report that is to be published in full this June shows that Christians are the most persecuted group of people in all the world. The report, compiled by the Bishop of Truro, claims that the persecution of Christians in many areas is very close to meeting the United Nations’ definition for genocide. Why do we hear so little about this persecution in US media outlets? One reason may be that Christians in the US have largely escaped the kind of violent persecution upon which the report focused. In this country Christians have worshiped in relative comfort—even luxury at times—for more than two centuries. Make no mistake, though, Christianity is under attack here too.

You probably have not heard of HR 5, also known as “The Equality Act.” This legislation is scheduled for a vote on the floor of the US House of Representatives on Tuesday, May 14. It has been called by David Goodwin, President of the Association of Classical Christian Schools, “An existential threat to schools like ours.” David is right, but furthermore, it could be an existential threat to the free practice of Christian beliefs in this country. Below is a bill summary from Congress.gov:

This bill prohibits discrimination based on sex, sexual orientation, and gender identity in areas including public accommodations and facilities, education, federal funding, employment, housing, credit, and the jury system. Specifically, the bill defines and includes sex, sexual orientation, and gender identity among the prohibited categories of discrimination or segregation.

The bill expands the definition of public accommodations to include places or establishments that provide (1) exhibitions, recreation, exercise, amusement, gatherings, or displays; (2) goods, services, or programs; and (3) transportation services.

The bill allows the Department of Justice to intervene in equal protection actions in federal court on account of sexual orientation or gender identity.

The bill prohibits an individual from being denied access to a shared facility, including a restroom, a locker room, and a dressing room, that is in accordance with the individual's gender identity.

Christians used to look to the the Religious Freedom Restoration Act of 1993 for protection from this kind of legislation. For decades our churches and Christian schools have been protected from violations of our religious beliefs, but according to a report in the Federalist, HR 5 specifically prohibits the RFRA of 1993 from providing a defense to any entity found in violation of the Equality Act.

So if the legislation passes, how bad will the damage be for Christians and Christian organizations, you may be wondering? Here are a few possibilities that concern me for Christian schools specifically:

The Equality Act takes aim at religious freedom itself.  If adopted, it would partially repeal the Religious Freedom Restoration Act, a federal law that passed with nearly unanimous support and was signed into law by President Bill Clinton. Religious freedom ensures that every person has the right to explore life’s deepest questions and to live consistent with those convictions in private and in the public square.  Partially gutting a longstanding law that simply ensures the government does not impermissibly infringe on Americans’ freedom to live, work, learn, and speak consistent with their sincerely held beliefs runs counter to our nation’s commitment to tolerance and inclusivity.

While our brothers and sisters around the world fear for their lives in this age of persecution, Christians in the United States are enduring a very different kind of threat. Persecution takes different forms. We may not yet be in danger of bodily harm, but our freedom to practice our faith and pass it on to our children is under open attack. If you think this sounds surreal—if you think this can’t really be happening in our country—I encourage you to research the Equality Act on your own and to read about some of the lawsuits in places where similar policies already have been enacted. The threat is real. And even though the law, if passed, may eventually be defeated in the courts, it will cause Christians and Christian institutions much suffering in the interim. Call or write your congressmen and women to let them know Christians in the United States are opposed to this kind of attack on our beliefs.