The Gift of Failure: Embracing Struggle and Failure for Your Children 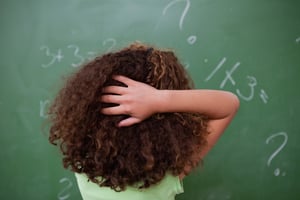 The term “helicopter parents” has been used to describe parents who for the past three decades, give or take a few years, have been over-protective, micro-managing, and sometimes just plain suffocating to their children. It seems helicopter parents don’t want their children to experience hardship or danger or difficulty or failure, and that motivates them to intervene in all aspects of their children’s lives, rushing in at every opportunity to preserve a perfect day.

“Snowplow parents” is the label applied to some twenty-first century parents who will stop at nothing to make sure their children lead perfect lives. Every obstacle, every hardship, every chance for failure is bulldozed out of the way just like a snowplow clears a Minnesota highway in January. Not only do snowplow parents clear more obstacles for their children than helicopter parents do, but, unlike helicopter parents, they often work behind the scenes so their children don’t even know they’re clearing the path for them. A prime example is the nearly fifty parents who were indicted in recent months for bribing and buying their children’s entrance into high profile and highly selective colleges such as Stanford and USC. In most cases the children thought they had made it in on their own merit.

Thankfully, most of us are not helicopter parents or snowplow parents; however, far too many of us do routinely spare our children even the small, mundane failures that might help them grow up to be strong, resilient adults. I’m not talking about bailing your sixteen-year-old out of jail for joyriding. I’m talking about paying for your kid’s lost library book instead of having him pay for it with his own money. I’m talking about rushing back home after dropping little Johnny at school so you can retrieve his lunch, backpack, homework, gym bag, or other thing he forgot to bring to school that day. I’m talking about arguing with Suzie’s teacher about the late grade on her paper because she forgot to do the assignment. I’m talking about complaining to the coach because Billy didn’t make the lacrosse team even though all his friends did. Navigating such disappointments and failures early in life and figuring out how to not only handle the consequences but learn and grow from them is the very thing that creates what psychologist Keith McCurdy calls “sturdy children.”

McCurdy, who also serves on the board of a Christian classical school in Roanoke, Virginia, is the president of Total Life Counseling in Roanoke and has treated about 15,000 children during his time in practice. He is a strong proponent of children’s encountering struggle in their lives because it produces maturity in them. McCurdy points to Scripture, not psychology, for the right way to think about struggle and how it produces maturity. Specifically, he cites James 1:2-4: “My brethren, count it all joy when you fall into various trials, knowing that the testing of your faith produces patience. But let patience have its perfect work, that you may be perfect and complete, lacking nothing.” We—children especially—simply do not grow and mature and become better people, better Christians, if we are not tested and stretched, if we do not fall and have to pick ourselves up and dust ourselves off and try to figure out how to carry on. It is the way God made the world to work. According to McCurdy, however, we are now experiencing a second generation of parents who are flipping God’s design on its head by eliminating struggle, consequences, and especially failure from the lives of their children—remember the helicopter and snowplow parents. The consequences of such parenting not only affect our individual children but also are wide-spread, affecting every facet of culture, but that is a conversation for another day.

In a podcast for the Circe Institute, McCurdy calls struggle “the engine that drives maturity.” The next time you are tempted to clear the obstacles from your child’s path so he doesn’t struggle or fail, remember that you may be doing more harm than you know. You may even be robbing your child of the opportunity to mature into the kind of sturdy kid that becomes a strong resilient adult.