The Gift of Sin: Digging into Your Child’s Sin 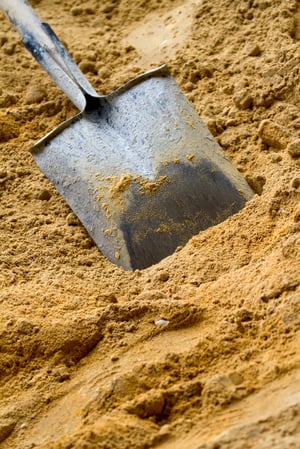 One of the great purposes of this life is our sanctification, that process whereby we—with the help of the Holy Spirit—become more like Christ over the course of our lifetime. We are eternal beings, bound for glory, and this life offers us lots of opportunities to prepare. Becoming like Christ consists in part, as the Apostle Paul says, of putting off the old man (Col 3:9) and putting off our sins (Col 3:8). I don’t know about you, but I seem to have a lot of sin to put off, and I couldn’t even start the project of putting it off until I knew what sin was and what God thought about my sin. I should have started a lot earlier in life than I did! Talk about wasted youth, sheesh.

And that is the point of gift #4, “the gift of their sin.” We’re suggesting you help your children begin to understand their own sin, know what God thinks about it, and deal with it head on.

We love our children so much that we can fool ourselves into thinking they aren’t little sinners.

We make excuses for their behavior sometimes as if the excuse itself were a decree of the way things permanently are. We have all heard parents say, as little Johnny throws a screaming fit, something like, “I didn’t buy the toy he wanted. He always throws a fit when he doesn’t get what he wants.” That statement may be an accurate description of the way Johnny tends to behave, but if nothing is being done to change his tendencies, it really is just a hopeless statement about the way Johnny is. We want better for Johnny, don’t we? Throwing a fit at age seven is ugly. Throwing a fit at age seventeen if nothing has been done to help Johnny change, well, that’s worse than ugly—it can be dangerous.

Calling sin by name is the way to start the process of sanctification for your child, a process he will take ownership of as he matures. Little Johnny from our example is being selfish and disobedient as well (assuming his parents told him he could not have the toy and to stop asking for it); he is certainly in violation of the Fifth the Commandment. Identifying sin in our children and ourselves begins with our being familiar with the Bible. There are some great tools available to help—I highly recommend Teach Them Diligently by Lou Priolo—but there is NO substitute for knowing the word of God. Identifying sin in your child’s life, calling it by its name, and not making excuses for it will put him on the path to sanctification.

Helping your child understand what God thinks about the sin you have helped him identify is the most important part.

Little Johnny needs to be led to Exodus 20:12 to see what God has to say about children being obedient and honoring their parents. In Ephesians 6:1-3, Paul revisits that commandment. In Philippians 2:3, Johnny can learn that God calls his people to be lowly minded and for each to “esteem others better than himself,” which addresses Johnny’s public fit that dishonored his parents and discomforted any strangers who witnessed it. This exercise should transition into the Gospel narrative so that children who do not know God can begin to understand that this God has a standard for His people and He has made a way for us to meet it through faith in Christ and the help of the Holy Spirit. Children who do know God also need this Gospel reminder every time they are corrected back to God’s way. To leave that part out can lead to using Scripture as a hammer and dispensing it like pills. The Bible is a narrative about who God is, who we are, and how to live the life He calls us to—it is our story. It is not a child-correction manual. Understanding the whole arch of the Bible is imperative.

Finally, learning how to make individual sins right and to put off patterns of sin prepares your child for a lifetime of growing closer to and more like Christ. Now that Johnny has come to the understanding that he has sinned against God and that his sin has also affected other people, he has to make it right. Parents making an excuse for Johnny’s behavior is not part of that process. Confession to God of the sin that has been identified means that Johnny agrees with God about his sin, and he can now ask God to forgive him. He should also seek the forgiveness of those affected by his sin—his parents for sure and in some cases, depending on timing and other variables, the strangers who witnessed his selfish fit.

Now Johnny’s parents have to turn their attention to helping him put off this pattern of sin, and as we all know, that is more complicated. Helping him understand what his temptations are is a really good starting point. He cannot choose to avoid a particular sin if he doesn’t even know what tempts him to that sin in the first place—avoiding the temptation itself is a plan more likely to succeed. Avoidance isn’t always possible, though, so knowing what tempts him and equipping him to fend it off is the best plan. I always tell students struggling with a particular sin that they will have to fight it, and I do mean fight. I tell them to wake up each day with a sword in their hands and a prayer on their lips. The point is that they need to memorize at least one passage of Scripture that is helpful to fighting the temptation and is always on their mind; they also need to pray that God would help them fight off and eventually overcome the temptation. There are plenty of other ways to help Johnny, too, not the least of which is parent accountability.

So when we say, “Give them the gift of their sin,” we don’t mean to say that we think sin is really a gift. We mean to say that parents should help children understand what sin is, what God thinks about it, and how they should deal with it. Treating your child’s sin this way does indeed give him a gift, the gift of beginning that lifelong process of sanctification at a young age and well-equipped. Making excuses for your child’s sin is the spiritual equivalent of sweeping dirt under the rug.

This little blog is not the right place to treat this subject completely, and I did not set out to do that. In fact, I have oversimplified a subject that is quite complex. I suggest Teach Them Diligently by Lou Priolo or Shepherding a Child’s Heart by Ted Tripp as a more thorough treatment of the subject. More importantly, you have to understand the Bible, understand the life God calls his people to live. The one thing you cannot do when it comes to your child’s sin is nothing.