Time is Money: Why Your Kid Can’t Put His Phone Down 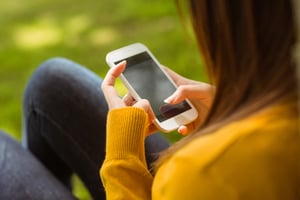 I used this space last week to write about the very real concern of our children isolating themselves by spending too much time on their smartphones. Studies show that pre-teens and teens are spending six to nine hours a day consuming media, mostly on their phones. Studies also show that those same pre-teens and teens are at higher risk for depression, anxiety, and suicide than those who do not isolate themselves with their smartphones. We know these things if for no other reason than because I’ve been harping on them for weeks now! But has anyone seen studies on why our teens are giving their smartphones so much attention and thereby isolating themselves from humanity? I know there is more than one reason, but I want to suggest that at least one reason is the creators of social media apps planned it that way from the beginning.

Last year Sean Parker, the first president of Facebook, went public with some bold reveals about Facebook in particular, but also social media in general. In an interview with the news website Axios, the content of which has been redistributed in news outlets such as Business Insider, the now-retired Parker confessed, “The thought process that went into building these applications, Facebook being the first of them ... was all about: 'How do we consume as much of your time and conscious attention as possible?'”

I don’t know what the next question from Axios was, but it must have gone something like: Wait a minute, Sean Parker. Many of our youth have reached the point that they have no life outside of their phones, and you’re saying you guys planned it that way? To which Parker replied:

“And that means that we need to sort of give you a little dopamine hit every once in a while because someone liked or commented on a photo or a post or whatever. And that's going to get you to contribute more content, and that's going to get you ... more likes and comments. It's a social-validation feedback loop ... exactly the kind of thing that a hacker like myself would come up with because you're exploiting a vulnerability in human psychology.”

Once we’re over the initial shock of statements like these from one of the creators of Facebook, a social media pioneer if you will, we might ask, But why? Why did you do it Facebook? And the answer to that question is really easy: money. The more time our children spend on Facebook or Instagram or Twitter or Vine or Pinterest or fill-in-the-blank, the more they are exposed to the advertising these corporations sell. And when the social media corporations show those advertisers how much time our children spend looking at their ads, they can justify charging even more. It is a vicious circle, and our children are no more than pawns caught in the middle—expendable, interchangeable; their attention and time bought, sold, and traded like so many commodities.

Perhaps you think I am being harsh, not giving Sean Parker and the other social media creators a fair shake. Maybe you think all this time your kid spends with his face in his phone, hiding in the dark and ignoring his family, is really just an unintended consequence of an otherwise well-intentioned technological advance. Rather than say you are naïve, let’s just see what Sean Parker says: “The inventors, creators — it's me, it's Mark [Zuckerberg], it's Kevin Systrom on Instagram, it's all of these people — understood this consciously, and we did it anyway.”

Sean Parker is confessing what he and others have done to us, to our children, and we should be thankful the truth is coming out. Parker is not alone; dozens of tech workers are raising alarms, and many seem genuinely to regret creating the social media monster. They have successfully robbed us of our time and then turned it into cash.

During this season of my life, I am reading a lot about what it takes to cultivate virtue in myself and others. I am learning about the discipline required to grow faith and to practice it. Reading and studying Scripture, participating in corporate worship, serving each other, and praying are still the most important contributors to building habits of faith and cultivating virtue, but these things take time—a lot of time. Satan knows that. Satan knows the value of our time, of our children’s time. I pray we will wake up to the value of our time and commit to spending it growing in our faith and cultivating virtue instead of giving it away for someone else’s profit.

Concerning time spent consuming social media, Sean Parker warns, "God only knows what it's doing to our children's brains.” We’d do well to remember that those brains are attached to souls.

Note: Quotes from Sean Parker are taken from an article written in November 2017 by Rob Price for businessinsider.com.