To Game or Not to Game? 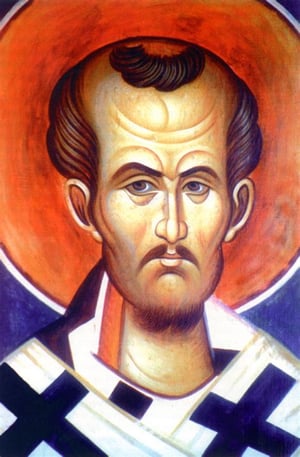 Recently I had a conversation with a Trinitas Dad who dropped in for a visit. We talked about college and testing and the different personalities of his teenage children, and somewhere along the way he commented in passing that he had never allowed his children to play video games. He wasn’t bragging or even making a point with that statement; it was just necessary information for something else he was telling me, but that was what I wanted to hear about. How had a family with a house full of teenagers avoided video games without mutiny? When our conversation took a breath, I asked him why he had never allowed his children to play video games. I’ll paraphrase his response, which consisted of three main points, and I’ll chime in with some additional information.

He and his wife first made the decision to raise a video game free family because of the research they had read about video games causing psychological problems. He referenced the refresh rates on screens running video games as an early concern for him and his wife. A lot of research has been done since they made their decision, but few of the findings have been positive. In fact, too much screen time, including not only video games but also social media, is now being linked to attention deficiencies. Leonard Sax M.D., Ph.D. recently wrote an essay for Psychology Today in which he reviewed a new study published in The Journal of the American Medical Association. Sax says that “one of several reasons this study is so important is that it was a longitudinal cohort study, in which researchers followed the same group of kids over time.” The study also started with teenagers who had no symptoms of attention deficiencies at the beginning (JAMA). Their findings? You can read the study for yourself, but I think this one is pretty important:  “Playing video games alone (even if playing with other people online) had a strong association with subsequent ADHD symptoms” (Sax).

Next, this Dad and his wife were adamant about providing their children a solid education. They knew that was their responsibility and that it meant more than putting their kids on a bus and sending them to school, even a good school. What they wanted in their home was a culture of reading. When we consider the tools of learning, there is none more important than reading. I would like to think this family has been encouraged in their love of reading by the Trinitas Boni Libri program, but that has not been the driving force—Dad and Mom have been the driving force behind the culture of reading in that family. Dad and Mom made the decision early on that they would forego screen time for page time, and that decision has made a positive academic and social difference for their children.

Finally and most importantly, this Dad and Mom found something very unchristian about a lot of video games. When a child plays video games on a phone or computer or TV screen, whether he or she plays Fortnite or Candy Crush, no community is being built. Christians are people made for community with other flesh and blood people—that doesn’t typically happen in a real way on a screen. Children left to their games tend to pull in, to focus on self. Those aren’t Christ-like attributes. What really got this Dad and Mom, though, was the violence.

In another Leonard Sax essay emailed to me last spring by Christian Schools of Florida, Sax is responding to a couple of articles from the New York Times that address gamer culture but do not address the negative social impact on gamers. He says the author “does not mention, and shows no awareness of, the many studies showing that playing video games excessively undermines social skills and increases distractibility. And, playing video games where the objective is to kill people - games such as Fortnite - over time, leads to gamers becoming less patient, and more likely to depersonalize other human beings” (Sax). This doctor’s recommendation to all parents? “NO games where the objective is to kill people. That means no Fortnite, no Call of Duty, no Grand Theft Auto” (Sax). (Emphasis his.)

Based on the scientific research and the doctor’s orders—not to mention what they could see with their own eyes—this Trinitas family made the decision to keep video games and most other screens out of their children’s lives. But how did they do it? They started early. They made their decisions early while they were developing a vision for their children, a vision that would draw them closer to God in the few short years they had to work with. They knew raising their children to the glory of God was one of the most important responsibilities they would ever have. They knew it was a timed event with eternal consequences, so they made the decisions they thought would help usher their children into the Kingdom, which might not have been the ones that made them seem like cool parents.

What is your vision for your children? Maybe that family’s decision about screens seems harsh or even radical to you, but it is an issue all parents in this age must have an answer for. What would be the justification for making the decision differently? How do we process the potential for attention related deficiencies in our children like ADHD? How does the time spent on video games and social media affect our children’s ability to get the most out of their education and their ability to flourish in community with other Christians? How do we as Christian parents help our children answer for the violence in a game like Fortnite? We live in a complicated time that requires much of parents; it seems as though there are a million important decisions to make. And even the decision about screens is more complicated than what I’ve presented here, but it is an important issue that we all must navigate somehow. How has your family navigated it? God bless you in your parenting!