Where Art Thou, O Courage? 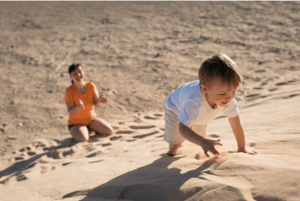 One virtue (If only it were the only!) that is conspicuously absent among good people these days is courage. Oh, I don’t mean to say it has totally disappeared. It crops up from time-to-time, and often just in the nick of time, in some surprisingly stout-hearted person who does the right thing regardless of the repercussions, who takes a stand for everything that is good and right when others who could and should do the same stand shame-faced, head-hung in the background.

But why? Why is courage so hard to come by? One reason may be that we think about courage all wrong. Courage does not come with being tall or strong or dense; it comes with practice. Winston Churchill is credited as saying, “Fear is a reaction. Courage is a decision.” Like any other virtue, then, courage is something that we must, to borrow from the Apostle Paul, “put on.” We must first decide that we wish to be courageous, and then we must practice courage.

Now this idea of practicing courage may sound askance to someone with a distaste for written prayers and sermons, one who prefers to see the Spirit work in the moment. I must confess that I too crave the Spirit bursting onto the scene like a rushing wind at exactly the right moment, offering the believer the perfect words or actions. I just believe that can happen with pen and paper in hand and days before the delivery of said prayer or sermon. So, too, I believe virtue, including courage, can be decided upon and practiced in advance of being forced into action in defense of Christ and Kirk, and that it will be no less Spirit-filled for having been worked at ahead of time.

So what does it look like to practice courage ahead of time? For starters, start early. A famous story about young George Washington praises his honesty for volunteering the truth to his father about his cutting down a cherry tree. No doubt that particular truth-telling began with a couple of decisions early on. The first was the decision to be truthful no matter what, and that first decision demanded the second: that he would gather the courage to be truthful even under difficult circumstances. The decision was made early on. The practice was in the telling of that hard truth to a father who was going to be very disappointed. The real courage from George Washington came later, time and again, when he was Commander of the Continental Army and President of the United States. Being courageous to tell the truth and risk facing a disappointed father when George was a little boy was the practice that led to greater courage later.

Each time our children embrace a difficult task such as confessing some fault like dishonesty, they practice courage and build upon their ability to be courageous in the future.

If courage is spoken of by parents and grandparents as a great virtue, one worthy of the work it takes to acquire, it will become a desirable trait to the small child. When the child sees courage, whether in his parents or in stories of history or fiction, and that courage is pointed to and held up as a virtue one ought to pursue, children will be more inclined to desire it, decide for it, and practice it than if its occurrence is left to chance. Look to the stories of the martyrs for inspiration to be courageous.

It is well known that we are interested in virtue formation at Trinitas Christian School, and I believe it is also well known that virtue is in short supply in the world today. The best kind of the virtue courage, however—the kind that takes a stand for what is right, even knowing a trouncing could be part of the consequences—may be in the shortest supply of all. A time is coming, and may now be at hand, when God’s people will need to stand for our faith like we have not had to stand since the days when our blood ran deep in the sands of the Roman arena. The enemies of Christ and His Church are being steadily emboldened by their ever growing foothold in the mainstream. Enemies of Christ and His Church are gaining power in radical social movements as well as in governments. Christians are being pushed to the margins in some ways. Christ has historically strengthened His Church through similar trials in times past. Are we ready?

Whatever else being ready requires of us, it will begin with courage. In the Garden of Gethsemane on a Maundy Thursday more than 2,000 years ago, Christ prayed that the bitter cup before Him might be taken away. It was not. He arose from that prayer and acted upon the courage that He had decided upon long before. Looking to Christ as our model of courage might not be a bad place for us to start.

If you need a song to encourage you to practice courage, check out this great hymn.