Where We Went Wrong 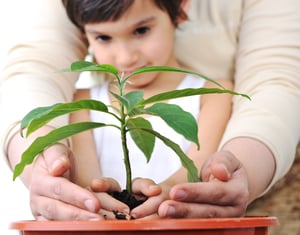 It is a not uncommon occurrence: a mother slowly shakes her head and says to the father, “I just don’t know where we went wrong.” Something her child has done provokes the lament, and the provocation can range from bed-wetting to grand theft auto. The good news is that more children are guilty of something on the bed-wetting end of the spectrum than the grand theft auto end of it, and so things may not be as bad as they appear in the moment. The bad news is that they are sometimes just as bad as they appear—or even worse—and it is just for the parents to reflect on their work.

Before you get depressed and stop reading, trust me. My goal here is not to make you feel like a terrible parent but to encourage you from the Word and from my own experience with a lot of children and parents over the years—not to mention more than a little hindsight from raising my own children. Learn from where we (and others) went wrong, and maybe there will be fewer woeful sighs ahead in your parenting.

A child left to himself brings shame to his mother (Prov 29:15).

On the surface this Proverb may appear to be an exhortation not to leave your children alone, and that is right, but leaving a child to himself is about a lot more than saving a little money by not hiring a babysitter for the afternoon. Regardless of what you may have read in some progressive childrearing manuals, parents know best—about everything. God has given you the great gift and responsibility of raising a child with an eternal soul who is made in the image of God. And one reason he did that is because you are (hopefully) a responsible adult. You have already been a child and have been raised up into wisdom by the wise adults in your life. Now it is time for you to pass all of that wisdom on to your own kiddos.

I know it is becoming increasingly popular to let children learn from the natural consequences of their actions, but when that is applied to a three year old the same as an eighteen year old, it is the epitome of leaving a child to himself. Small children under that kind of care become feral—we have all seen them—not wise. Your kindergartener should not get to choose what the family will have for dinner or what he will wear to church or what time he will go to bed. Rather, he should live in what author and pastor Doug Wilson refers to as a “totalitarian state” until he proves himself wise enough to make a good decision. At that time, you can empower him to make such a decision, but no more. He gets freedom to choose as he proves he can choose well.

Parents know best, and giving limited freedom to children as they prove they can be responsible with it is one way parents pass wisdom to children. Giving children free reign before they are ready is ensuring their failure and the shame of the parents.

Childhood should not be one big vacation.

Parents often feel pressure to make sure their children have time to just be kids, and that sounds reasonable. I mean, really, the last thing you want to do is send your kid off to the office every day at the ripe old age of eight. But I have seen more than a few parents translate this idea into a childhood that looks like a never ending summer vacation, which is an equally bad decision.

Whether we like it or not, our children are practicing to be adults right now. No, your eight year old is not ready to go to the office today, but he will need to go to the office in a little more than ten years. What are you doing to get him ready? What are his responsibilities? How hard does he have to work at school? Children need chores; they need to be doing everything around the house that they are physically able to do to prepare them for the life of an adult that is just around the bend. If we take the just-let-them-be-kids approach, they will soon inherit a world they do not know how to manage.

Keith McCurdy is a Christian Counselor who specializes in children and families. He is well known for his reminders to parents to compare what our kids do today to what kids did 100 or 150 years ago. One really good frame of reference McCurdy uses is Little House on the Prairie by Laura Ingalls Wilder. Twelve and thirteen year old boys from the time when that book was set would have known how to build a house or barn, how to hitch a horse to plow or wagon, and how to plow or mow hay all day. My thirteen year old boys could not have done anything comparable to that. How about yours? Our children are capable of much. Let’s make sure we aren’t holding them back from preparing for life.

No, it may not be possible for your child to become whatever he wants to be.

Before you get your hackles up, let me grant a couple points here. We live in the land of opportunity. More is possible for a child growing up in the United States than for a child anywhere else in the world. Rags to riches stories abound in our history. But here’s the thing, your child has some God-given gifts, abilities, and inclinations that make him well-suited for some vocations over others. As parents, we must help our children discover what kinds of vocations they are best suited for. This means we have to set a few selfish ideas aside.

Money seems to drive most career decisions, but money isn’t everything. Nobody wants his child to take on a vocation that won’t allow him to pay his bills and support a family—that’s just being responsible. At the same time, it isn’t a good idea to encourage your child into a career merely because it is the highest paying field. That is a recipe for disaster in a bunch of different flavors. Maybe he isn’t suited for that career. Maybe he isn’t interested in that field of work. Maybe he will be saddled with $200k worth of student loans getting equipped to work in that field. Maybe he will make a bazillion dollars and live a miserable life. Money is not everything.

Another way we go wrong here is by living the lives we wish we had lived through our children. Sure, we all know about baseball dads because they are famous for this fault, but there are other models of this too, and most of them are more subtle. While we are required to help our children discover what they are really good at, we should not help them discover what we wish we had done or could do. That is a good way to set your child up for a life of misery and resentment.

None of us will be perfect parents. Mistakes will be made. Good thing for us God made children so resilient. But we cannot fly by the seat of our pants either. We have a responsibility to raise these eternal beings for their eternal good and for the glory of God. That will require us to be intentional. Make good decisions and choices now so you aren’t wondering later where we went wrong.