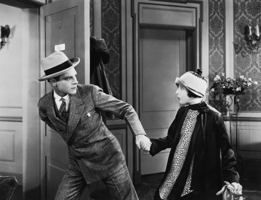 People come and people go. That is a truth in any community. It is human nature, I suppose to some extent, for people to get interested in a thing, even convinced about a thing, then lose interest or become unconvinced over time. Maybe we just have a short (and shortening) attention span. Because it is enrollment season, though, and families are deciding whether or not their children ought to attend Trinitas next year, I am spending a few weeks focusing on some of the top reasons people give for losing interest in and leaving Trinitas. This is the third of four such installments, and I hope you find it helpful if you are trying to make an enrollment decision.

#2 Trinitas is weak on math!

#3 All that classical stuff is useless in the real world!

Sometimes folks shake their heads at Latin and Greek; Augustine, Plato, Tolkien and Lewis; logic and rhetoric. They think Trinitas wastes time on old material when we ought to be teaching twice as much math, computer programming, or classes on social studies and psychology or literature from a textbook with a modern perspective. Some families even leave the school because they think some of the material we teach is useless in the real world.

But most often it is the subject matter of classical education rather than the process that is questioned, so let’s look at what we gain from teaching old ideas, languages, art, music, and books.

People have been pretty much the same since Adam and Eve because we are all made in the image of God. Unfortunately, our sin natures unite us, too. We cannot escape that fact, no matter how many people we land on the moon, diseases we cure, or smart phones we invent. For those reasons, old ideas are not always obsolete ideas because all ideas are connected by the same human threads. We have much to learn from our ancestors who were in most ways just like us. Anyone wondering how current political situations in the world may play out need only pick up Herodotus, Livy, Suetonius, or Machiavelli—nothing happening today is unprecedented. Anyone wondering about crucial questions within the orthodox Christian Faith need only pick up Augustine, Anselm, Eusebius, or Calvin—theologians settled for us centuries ago some of the questions that plague us as individuals now. Not all questions have been answered in the past, of course, but why disregard the ones that have?

Even beyond our connectedness to the ideas of our ancestors from a practical standpoint, though, there are ideas within classical content that make us better human beings for having studied them, make us what Aristotle would have called “virtuous.” Classical education cultivates virtue in its students. The Greeks thought of virtue this way (albeit simplified): a thing that fulfills well the purpose for which it is made by its creator is a virtuous thing. Classical education connects students to ideas from every time and many perspectives in history and helps them sort through which of those ideas have proven good and which evil; helps them see God’s truth in all times and places; gives them an appreciation for beauty that has reflected the image of God throughout history; gives them a solid idea of what it means to be truly human. Even the hard work required of students as they study these ideas cultivates virtue, makes them better people for having done the work, brings them closer to being what God has created them to be.

So the modern goal of education is for a student to get into a good college in order to get a good job so that he or she can make a lot of money. Common assertions of that way of thinking are: self is the highest authority, current time is all that matters, society is evolving and improving at a rapid rate, get all you can get for yourself. The classical goal of education is to teach students how to think and how to learn for themselves while cultivating virtue in them, thereby molding and shaping them into exactly what their Creator made them to be. Common assertions of this way of thinking are: God is the highest authority, people have been the same since Adam, we have much to learn from our ancestors, become what God has made you to be so that you might better love God and neighbor. Certainly, a good college and a good job may also be in store for the classically educated, but even then the aim is to fulfill a God-given purpose. Nothing accomplishes that in students like classical education—the old stuff and the hard work it takes to learn it. To that end, I suggest that “all that classical stuff” is not useless in the real world, but is actually the most useful; in fact, all that old stuff is what the real world is made of.