Is This Going to be on the Test?

“Is not the great defect of our education today … that although we often succeed in teaching our pupils ‘subjects,’ we fail lamentably on the whole in teaching them how to think: they learn everything except the art of learning.” –Dorothy Sayers 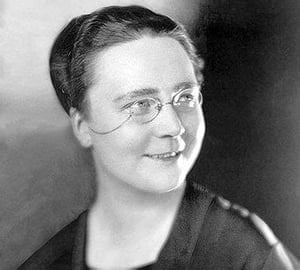 Upon going to school, children are expected to take up certain “subjects,” to apply themselves to these subjects, and to eventually become masters of them. We as parents and teachers are not wrong to push our children and students to master those subjects; however, one of the drawbacks of focusing on mastering subjects is that we can develop tunnel vision in the process; we run the risk of focusing on the subjects and mastering what to think at the expense of learning how to think. We—and I mean everyone involved in the education of a child: parents, teachers, administrators, and the child—run the risk of just wanting to know what is going to be on the test.

In order to shape the lives of successful Christian adults and not merely turn out more cogs for the machine, an education should necessarily impart to students the art and practice of independent thinking. Above the mastery of subjects, our students should learn to think for themselves. Of course we want them to learn the subjects we teach them, but in some ways the subjects are simply “grist for the mill” as Dorothy Sayers once expounded. Subjects are grist for the mill that is the mind. Subjects are the material our students get to practice on as they learn how to think, how to use the mind to puzzle out the world for themselves.

A person who has been taught only what to think will perform well at the subjects he or she has mastered, but when faced with an unfamiliar subject, this same person will likely be at a loss. Look around. It’s happening everywhere. We are witnessing the rise of a third generation (at least) of Americans that has been taught quite successfully what to think with not nearly enough emphasis on how to think. Americans are, on the whole, good at the specific things we’ve learned to do, but when we’re out of our field, we often find ourselves struggling. It's become quite common for educators and journalists to bemoan the dismal state of critical thinking skills among college seniors. It appears we’re equipping them quite well to do certain things, but even after four years of college, they still have trouble thinking.

The remedy for this problem is a well-rounded, liberal, Christian education administered by teachers who are willing to help their students wrestle with life’s big questions instead of having them simply memorize a single solution. When speaking of such an education, C.S. Lewis wrote, “A man who has lived in many places is not likely to be deceived by the local errors of his native village: the scholar has lived in many times and is therefore in some degree immune from the great cataract of nonsense that pours from the press and microphone of his own age.” Too many of us are not immune; in fact, most of us have become dependent upon the cataract of nonsense so prevalent in this age.

Most of us are familiar with the old adage: Give a man a fish, and you feed him for a day; teach a man to fish, and you feed him for a lifetime. We can apply that principle to education in this way: Teach a student a subject, and you have equipped him to perform a specific task; teach a student to think, and you have equipped him to perform every task. The kind of education our children need at this and every moment in history is the kind that teaches them to think independently.  Dr. Gregory Thornbury, President of The King’s College in New York City says this about students of such education: “Something I have experienced and know is that students who come from a classically educated background to New York City are uniquely suited to compete in this global marketplace” (emphasis his). Why? Because they know how not just what to think.

Let’s not become enslaved to what’s on the test even though tests are still important; instead, let’s get serious about learning how to think no matter what is on the test. Perhaps you are familiar with the YouTube sensation, Crash Course. I’ll leave you with the host of that series, John Green, and how he answers the question, “Is this going to be on the test?”