The Classical Parent - Part I 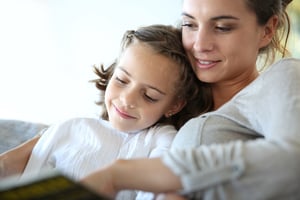 Bucking the status quo is the first big step when parents embark on the cCe journey. There is often uncertainty, for example, when enrolling in a small classical Christian school because parents worry the small size alone could disadvantage the school from hiring and keeping good faculty. The truth is, good faculty are attracted to classical Christian schools, not because of large school sizes, salaries, or benefits, but because they see it as an opportunity to be involved in giving the next generation of Christians a seriously good education. For most teachers, it is a ministry. What better way to change the world for God, and what better way to build a faculty that is committed to the work for the right reason?

Another uncertainty parents have is whether their children will have fewer friends or fewer opportunities.

At school, yes, fewer friends than if they attended a bigger school, but often the friendships are deeper, more meaningful, and longer lasting because there is more time to cultivate those friendships. Classical students are often better at making friends, too, because of their perspective. They are generally mature, outgoing, and becoming wise, so they are quick to make friends—and to pick the right ones— at church, in the neighborhood, and in community activities.

It depends. There are certainly fewer sports to choose among, but often those can be had elsewhere through programs at other schools or in the community leagues. But in some ways there are more opportunities exactly because the school is small. For example, talented younger students often get to step into drama, choir, or sports roles that would not be available to them at a larger school. Music lessons can be taken during the school day so the afternoons are free for other opportunities. Finally there is the opportunity of personal attention from teachers because class sizes are small—fewer than fifteen students per class in most classical Christian schools. Academically, then, there are arguably more opportunities in part because students don’t go under the radar in a large class.

Then there is the content and pedagogy in the classical school that are so different from the education most parents received. It really takes some research for parents to get comfortable leaving the known paths of progressive education for a school that teaches Latin, Greek, and Plato. Often it is enough for parents to see cCe in person in a school to get them to buck the system. They know a good thing when they see it. Others need to dig deeper before being convinced, and they do. Scads of books have been written about cCe, but there are also hosts of resources on the web, many from organizations and associations who have research to share. The Association of Classical Christian Schools is the largest such organization. On their website you can see test scores and read testimonies from parents and graduates. It becomes clear after some research that cCe is graduating renaissance men and women who can think, speak, and write, and who have the ability to learn quickly. They are often outperforming students coming out of high pressure prep schools in most every field. More importantly, they are people whose lives are committed to God and who are making a difference in the world.

Nothing beats personal experience though. Even though family and friends may be questioning them, most parents who buck the system and try a classical Christian school, find within the first couple of years that they have made a life changing decision for the whole family. Once their children begin to thrive, and they begin to see the fruit of the education compared to their children’s peers who attend other schools, they become comfortable with bucking the system.

Dedicated classical Christian parents could never be content with the status quo. They are happy to go against the grain and buck the progressive education system.