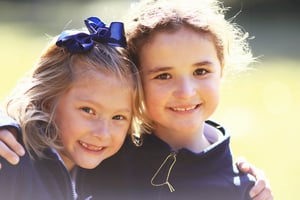 Some time back I said something during Morning Meeting that must have caught some folks by surprise. It may not have been exactly this, but it was something like this: “We are image bearers. We are made in the image of God. We bear His likeness. And so everything we do is either telling the truth or telling a lie about who God is.”

I believe that to be true. According to the first chapter of Genesis, mankind is made in the image of the triune God, and not just so we will look like God, but so we will act like God. We have been given God’s image so that we can be His stewards on the Earth. We are to care for all of creation, including one another, as God’s representatives.

As image bearers, we have a great responsibility to live in a way that tells the truth about who God is and what He does. Twice in 1 Corinthians Paul exhorts the Christians in Corinth to imitate him because he imitates Christ. And certainly Christ is our model for being a good image bearer. If we follow Christ, we bear the image of God well; we tell the truth about who God is.